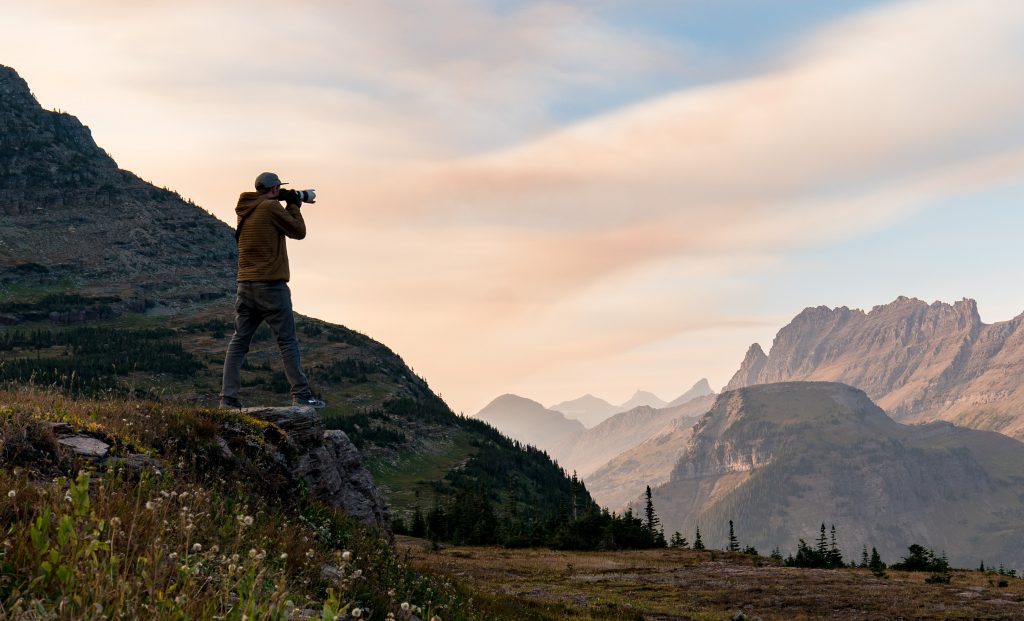 If you’ve been following VR Voyaging, you know we’re huge fans of apps that let us travel to new places and capture some of the feeling of being there. There are a handful of apps that are primarily travel gateways, including Blueplanet, Realities, and OtherSight. We’re also big fans of BRINK Traveler — in addition to being a portal to various destinations, it’s got some innovative features that make it stand out.

BRINK is great in that it covers a variety of excellent outdoors locations that make you feel like you are finding a camping spot or exploring the wilderness. Being able to switch between night and day, and touches like the 3d topographical location map make it even more fun. I decided it was time to get to know Akin Bilgic, one of the creators, to gain a better understanding of how BRINK came to be and what motivates him.

Akin Bilgic is one of the co-founders of BRINK XR. As it’s a small company, he works on all phases of production, from capturing of the images to processing the images for virtual reality. Akin has a past in visual effects and computer graphics and modeling, having worked at places like Apple, Oculus, and Nvidia, and including work on Tangled and Halo 2’s cinematic launch trailer.

Disconnecting from it all

Outside of work, his real passion has been disconnecting from it all and enjoying nature. He loves backpacking, hiking, and camping, and more than anything loves to share this with his friends and family. As many of us have discovered though, it’s hard to really share our experiences with others. We take photos, we shoot videos, we try to describe the moments, but it never does them justice. We can be creative with time-lapse photos that add another dimension, and 360° photos and videos which expand our field of view, but they still feel too narrow. Ideally, we could just look around in every direction and mind-meld with someone else to share it all.

Star Trek popularized the idea of the Holodeck, but that’s just science fiction. Virtual reality offers a way to experience some of the immersion of the real deal. It was just a matter of time until the technology was accessible to enough people to be able to affordably reproduce and consume such experiences.

Bringing a vision to life

It all became real back in 2015 when Akin was working at Oculus (then Facebook, now Meta) around the time the original Oculus Rift launched. Trying on a headset for the first time was Akin’s lightning moment. The headset was pretty groundbreaking — it was the first device that made virtual reality accessible to almost anyone with a reasonably spec’d gaming PC. He quickly saw the potential of virtual reality for bringing far-flung experiences to a new audience. He and his partners Brandon Riza and Florian Bernard put together an MVP (Minimally Viable Product) demo and started developing what became BRINK Traveler. Due to being spread out geographically, they were forced to make the magic happen through the wonders of remote work.

Working on minimal salaries, they put much of their own money into the project until they were ready to launch last year in September. They received support from Meta to launch on the Quest Store, with a simultaneous release on Steam. Up until the launch, they had no idea how well it would be received, but it has been popular enough that they have been able to grow to six full-time employees.

So far, it’s been very gratifying seeing the response to their work. They love hearing from users excited to see places from their bucket lists, or people with medical conditions that keep them in bed. I can only imagine the difficulty of not being able to travel anymore, and then experiencing a mountain top in VR. Technology can truly be miraculous at times.

The capture process involves deciding on a location, taking the on-the-ground photos, then processing them for VR. The initial step is often just choosing places that Akin or the other developers want to visit. Brandon is an accomplished alpine climber, so he is responsible for the impressive mountain spots. Basically, if it shows up in the app, it’s a place one of the members of the team specifically travelled to.

Once at a location, they capture photos using Canon 60 and R5 cameras. These offer a variety of lenses and other features to provide a high level of control over the process. Depending on the location, they may send up drones to cover more ground quickly and to capture more challenging angles. However, not all places allow drones, and often it requires a special permit — no one wants multiple drones buzzing around state and national parks! To provide more detailed depth information, they may also use LiDAR data that they capture on-site.

Back at the studio, they can have tens of gigabytes of imagery to process using software like Reality Capture. This automates much of the initial work of stitching together the images and generating the overall scene. From there, they need to add flourishes, fix glitches, and optimize the final output.

Flourishes include moving water, birds in the sky, and even small details like rocks you can pick up and throw. These effects look quite natural, but since the initial capture process used still photographs, you are basically inside an immersive static scene. These details help to make it feel less sterile.

Glitches can come from angles that are missed or even shadows being at different angles over the course of a multi-hour capture session. It might require them to manually position a photo or even touchup an area by hand. It’s well worth this additional attention to detail as the immersion is quickly broken otherwise.

Optimizing the output for size is another necessity since no one has unlimited storage on their computer, and all-in-one headsets like the Quest 2 have a fixed amount of space that tends to fill up quickly as apps are installed. The target is to keep each location under 500MB. This is a pretty tight budget, but since the intention is that users will download multiple locations to explore it adds up quickly.

BRINK focuses on outdoors content of personal interest. They thrive on their positive reviews but are also mindful of the negative ones. It’s not uncommon for customers to be frustrated by the limits of the settings. Unlike video games that can generate new terrain in an almost unlimited fashion, photogrammetry limits you to the region for which you actually have photos. The intention is to create an experience that stirs emotions. With the right sounds and visual effects, you may feel like you’re really there. They want to make sure that the controls and options never get in the way. “It has to feel organic,” according to Akin.

For now, BRINK Traveler has been successful enough to pay for a larger team, so they are adding more content and continuing development of the app. Their most recent Summer update added locations, languages, and multiplayer support. Even with all of this, the price hasn’t increased. As time goes on and more content is added, this may change, so do yourself a favor and buy it at its current price!

We continue to be big fans of BRINK Traveler and thank Akin for the time he spent with us. We look forward to future updates to the app and wish the team continued success!

Edit (8/10/2022): Some minor updates were made after posting to clarify Akin’s and the team’s roles, funding, and use of LiDAR data.