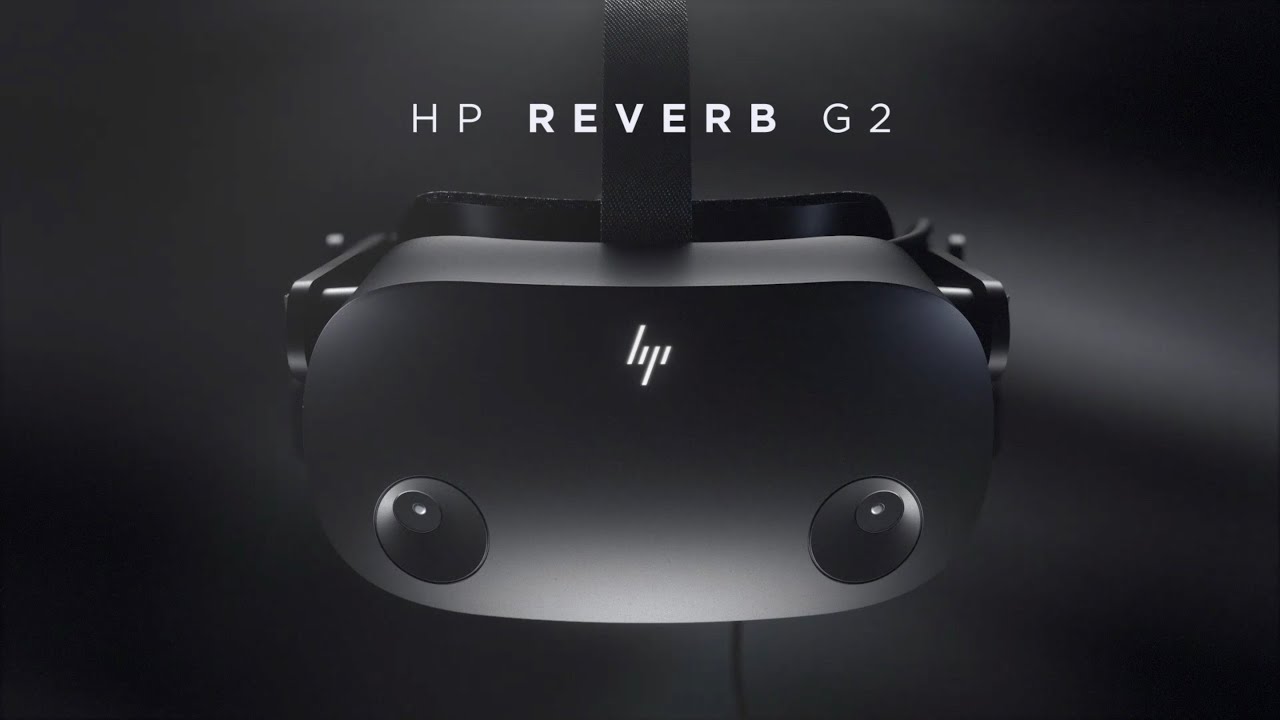 If you need some general background on buying a VR headset, start with Choosing the Best Hardware for VR. We cover some of these topics in more detail so check it out if you’re feeling confused.

Since the ’90s, I’ve been keeping my eyes on the VR market and waiting for my chance to get in on it. That time finally came when Windows Mixed Reality (WMR) headsets were released in 2017. For the first time, a respectable headset could be had for under $1,000. In fact, most of the first wave of these headsets were under $500. Lenovo, Dell, Acer, HP, and Samsung all came out with nearly identical WMR headsets that were finally a possibility for people who didn’t want to break the bank.

Before WMR came out, you needed to set up cameras or other sensors around your play space to track the movement of your headset and controllers. This outside-in setup made for high-quality tracking, but the extra hardware added to the cost. WMR popularized inside-out tracking, which needs no external trackers. Instead, cameras inside the headset look out to track your headset and controllers. Note: there’s also a form of inside-out tracking where the headset uses external base systems for better precision. This is not the same as outside-in although it looks similar.

I remember being skeptical that inside-out tracking could work well, but reviews were favorable. These WMR headsets were definitely not as high-end as those $1,000 headsets, but they were good enough for me. It was time to bring headsets into my household.

Fast-forward a few years to 2020, and HP released their second-generation headset, the Reverb G2. This was a big leap forward in most areas. The displays in the headset were sharper, it had integrated headphones, tracking was more accurate, and you could even adjust the IPD (interpupillary distance) of the lenses. The Reverb G2 was much better than any of the first-generation WMR headsets, but it was also more expensive at $600. I found the best deal I could and placed my order.

The HP Reverb G2 is now available new around $500, or you can find used and refurbished deals for well under that. It’s much cheaper than the HTC Vive or Valve Index, but it’s more expensive than the $299 Oculus Quest 2 by Facebook/Meta. Is the Reverb G2 worth the price? Should you pay a few hundred dollars extra to go high-range, or just save the money? Read on to learn more.

The first thing that you’ll likely notice is that the Reverb G2 headset looks solid. You might expect a smaller front visor, considering that you still need to connect the headset to a PC to do much of the computing. Straps conform to the top of your head, while a rigid frame sits against the back of your head. Even the rigid parts feel comfortable because they are covered with foam. The lens housing has a foam gasket that rests against your forehead and nose. The gasket can be removed from its magnetic mount so that you can replace it as it wears or buy a different gasket that better fits your face.

The resolution is 2160×2160 per eye, which is on the high end for consumer headsets, and a big step up from the 1440×1440 resolution of the first-generation WMR headsets. Thanks to the high resolution, images appear sharper, and you can’t make out individual pixels. This is important when the screen is right in front of you.

Refresh rate is 90Hz, meaning that the displays can show up to 90 frames per second. This is fair, but not noteworthy by today’s standards. I don’t have a problem with this though. Motion appears smooth enough for my needs, though maybe someone playing more fast-paced action games would feel differently.

The Reverb lets you adjust the IPD (Interpupillary distance) by sliding a knob on the underside while you wear them. A popup shows the number of millimeters, but it’s really based on your visual comfort. The Reverb supports adjustments of 60-68mm. It’s nice, but it could be a little wider.

If you wear prescription glasses and don’t want to risk scratching the headset lenses (best to avoid), you can buy lens inserts from Hons VR and WIDMOvr.

The Reverb G2’s audio hardware was co-developed by Valve, so it shares some technical details with the Valve Index’s. The speakers float next to your ears instead of in or against them. I was pretty doubtful of this arrangement, but I’ve been pleasantly surprised. The speakers sound great and don’t leak much sound from the headset to people around you. Volume is controlled through software, not physical buttons.

There’s also an embedded microphone in the front so you can issue voice commands or communicate with others during games or social experiences. Non-gaming experiences (like the ones we feature on VR Voyaging) don’t usually take advantage of this feature, although HoloTour specifically supports voice interaction.

The inside-out tracking system is really good at figuring out where you are and where the controllers are. To track the room well, it requires an adequate level of light. No special bright lights, just more than a single desk lamp in most cases. On a sunny day, you may need to close any curtains as direct sunlight has been known to confuse it (you can’t play outside either…).

The controllers are similar to the first-generation WMR controllers. The biggest difference is the removal of the flat trackpads and the addition of two buttons on each controller (X and Y on the left, and A and B on the right).

The Reverb G2 controller is a step up in terms of comfort. The rounded handle feels good in your hand, and the buttons are arranged around the joystick for easy thumb access. The trigger and grip buttons are positioned against your index and middle fingers, respectively.

Unlike some VR controllers, the Reverb G2 doesn’t track your grip or finger positions. The trigger buttons report how far they are pressed; the other buttons just register whether or not they are pressed. The joystick reports its exact position in any direction, and you can press down on it for yet another control. All told, each controller has the following buttons: A/B (or X/Y), Menu, Windows, grip, trigger, joystick movement, joystick press.

The specific set of controller buttons varies between headset types. This is the most common cause of compatibility issues. If a game is created for the HTC Vive, it will assume a very different controller layout than a game created for the Valve Index, Oculus Quest 2, or the Reverb G2. With SteamVR, it’s possible to tell the software to treat the controls differently in order to more closely match a different controller, but unfortunately, it’s not as easy as it should be to do this mapping.

If you do go through the trouble, you can publish the bindings for others to use, and conversely you can take advantage of bindings published by others, though these can be hit or miss for quality since there’s no sort of validation process. Thankfully, a good number of official bindings are released by Valve and Microsoft, so most common apps and games bought from Steam are mapped for you. Being official is a good indicator that the mapping was done well, and it will just work as expected.

When you move the controllers, you want your virtual hands to match the position of your physical hands. This is very important for immersion. The controllers have two forms of tracking. First, internal sensors (like a smartphone’s) detect acceleration (using an accelerometer) and angles (using a gyroscope). This lets you pivot your wrist to any angle and see the virtual representation rotate with it. Internal tracking alone wouldn’t be enough to track your arm motion, though.

The second kind of tracking uses the headset’s inside-out cameras. The ring at the top of the controller has an arrangement of LEDs that looks slightly different depending on the angle of the ring. From there, the tracking algorithm locates the glowing ring within the scene around it to know exactly where to place your virtual hands in the virtual world. The main downside of inside-out tracking is that the headset can only track what its cameras can see, so if your hands are at your sides or behind you (say, if you’re practicing archery), you may see some odd glitches. You generally only run into this problem while gaming.

Since few experiences were ever created for WMR, Microsoft eventually relented and provided a bridge to work with SteamVR. This opens up a huge world of apps and games. Bridging to SteamVR is a little clunky in that you need to run Mixed Reality Portal which itself runs SteamVR.

It’s important to note that running VR experiences requires a powerful gaming system. Even if you aren’t specifically looking to play games, the graphics required for VR demand the same specialized hardware. Every frame in VR needs to be rendered from two different points of view in order to give the left and right eyes the correct images. A non-gaming laptop almost definitely won’t be enough to drive the Reverb G2. If you have a desktop computer, you can likely upgrade to a better graphics card (called a GPU) to get the necessary power.

The headset connects via a long (10-foot) cable to a small breakout box. From there, you make two connections to your PC (USB and DisplayPort) and one more connection to a wall power adapter. You can’t really go wrong, and the Quick Start guide will help you get going.

How to buy it

You can find the HP Reverb G2 for sale from a variety of retailers including HP. If you are ok with refurbished gear, you can save money that way. I’ve bought plenty of refurbished items over the years and rarely had trouble. Obviously, your mileage may vary. As long as it includes a warranty, it seems worth the chance.

So, that’s the HP Reverb G2. Do I recommend buying it? Absolutely. It’s important to keep some of the caveats in mind though. If you want 100% tracking coverage, even when your hands are behind your back, you’ll need a system with external base stations. The HTC Vive and Valve Index are both excellent devices in this category. This arrangement adds to the cost and complexity of your setup but may be worth it if you game in VR.

You can save some money on a cheaper headset like the Oculus Quest 2 if you’re willing to sacrifice power. The Quest 2 is also a great option if you don’t want to mess with cables or get a gaming PC.

So far, I’ve been very happy with the HP Reverb G2 and I recommend it to most people if they already have a capable PC setup and don’t mind the tether. It’s a great choice with a mid-range price. What do you think? Is it worth the money? What’s your headset of choice? 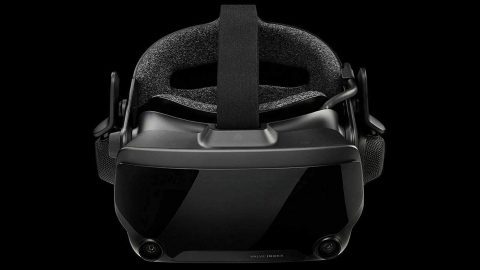 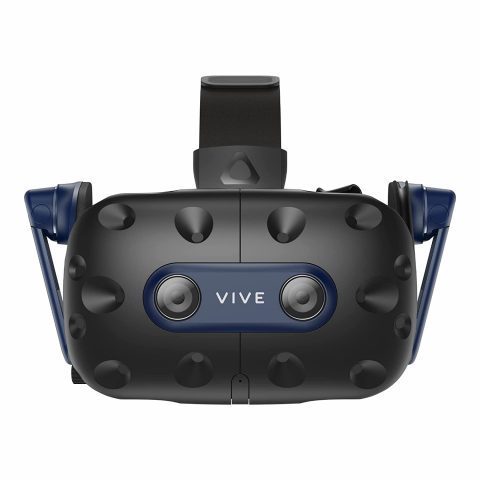