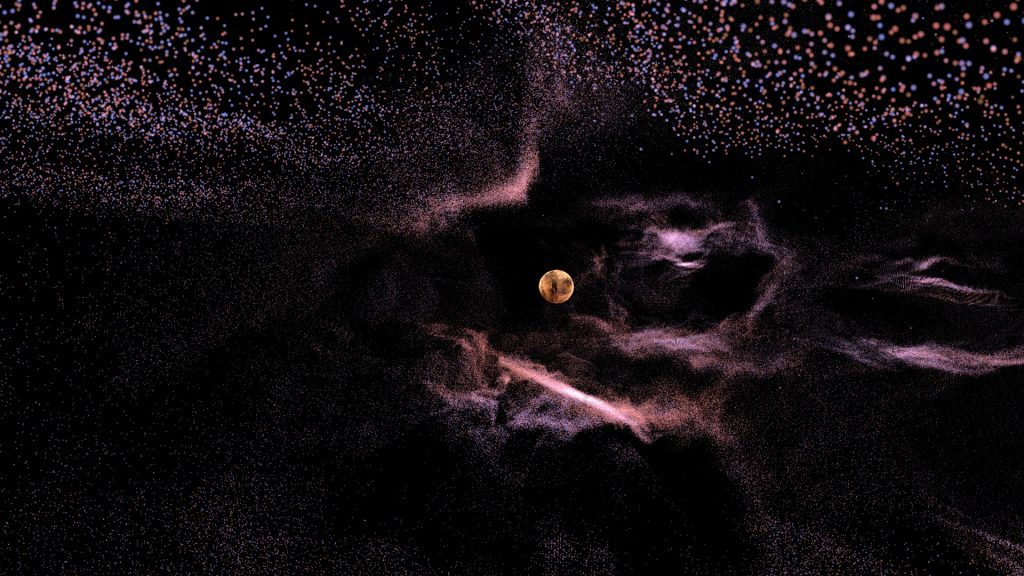 Set in the Black Hills of South Dakota, this interactive VR experience takes participants into the subterranean depths of Sanford Research Lab and Wind Cave as they unravel the cosmos from different angles.

Luxe Sine is an interesting exploration of science and mysticism set in South Dakota. I wasn’t sure what I was getting when I downloaded it, but I was pleasantly surprised. Much of the imagery is captured photogrammetrically, which provides for an immersive environment. It’s important to understand that it’s a documentary at heart though, so you won’t be in control much of the time.

As you move around, you’ll watch 360° videos of scenes unfolding. You aren’t in control here, so you may feel a little uncomfortable when the camera moves. Other times, there’s a narrator in the cavern and you control the viewpoint. The main space is the inside of the caverns, so in addition to the floating narrators, you can move toward spots to choose the next segment to play.

The graphics are high quality. The imagery is a mixture of photogrammetry, 360° video, and point clouds. I’m not sure we’ve covered point clouds in other experiences before. Instead of optically capturing the scene with a camera, point clouds are created using a tool called LiDAR.

At its core, LiDAR is a very simple technique that just shoots a low-power laser and measures how long it takes to bounce back. That amount of time translates to distance (based on the speed of light), so from the point of view of the camera/sensor, you now have the location of a point. By spinning the sensor around and moving it up and down, it can measure the entire sphere around it. If you look at these raw points, they aren’t very solid, hence the term point cloud. They do look cool for uses like this though!

In addition to the point clouds, you can see the narrator in the above image. She was captured volumetrically (point cloud + color video) so you can move around the point cloud and see her from different angles (not all angles though). It’s a pretty great effect!

Overall, the quality of imagery and video is very good. They put a lot of work into making it innovative and interesting. I’d love to see more experiences switch between the different types of scene capture based on what works best.

It’s a documentary, so there’s plenty of information! Most of it is through spoken dialog and really covers a lot of ground. They have a variety of narrators providing a number of different viewpoints. You will learn about some of the creation legends and current practices of the Lakota, along with the scientific study of the cosmos, dark matter, and the role of the subterranean particle detectors. It’s a pretty wild juxtaposition of information.

There’s very little for interactivity, other than relating to navigation. Depending on the setting, you can move around. You can explore the caverns, although they can be a bit disorienting as point clouds. From time to time, you’ll encounter spheres that you can touch/enter to take a path of exploration. You’ll likely end up following all of these, but it’s nice to be able to choose your own path. I always have a small amount of anxiety that I’ll miss something when things are laid out like this, so I like the option of a tree of content that I can access to act as a checklist. That’s pretty minor though.

There’s little reason to expect this will be updated. It was released in 2020 and I’m sure the creators have moved on.

If you are interested in particle physics, the nature of the universe, and/or Native American beliefs and practices, you’ll probably enjoy this. It’s not too technical, so don’t be worried about that. You’ll almost certainly learn some new things and possibly gain a greater appreciation for South Dakota, the Lakota, and science.